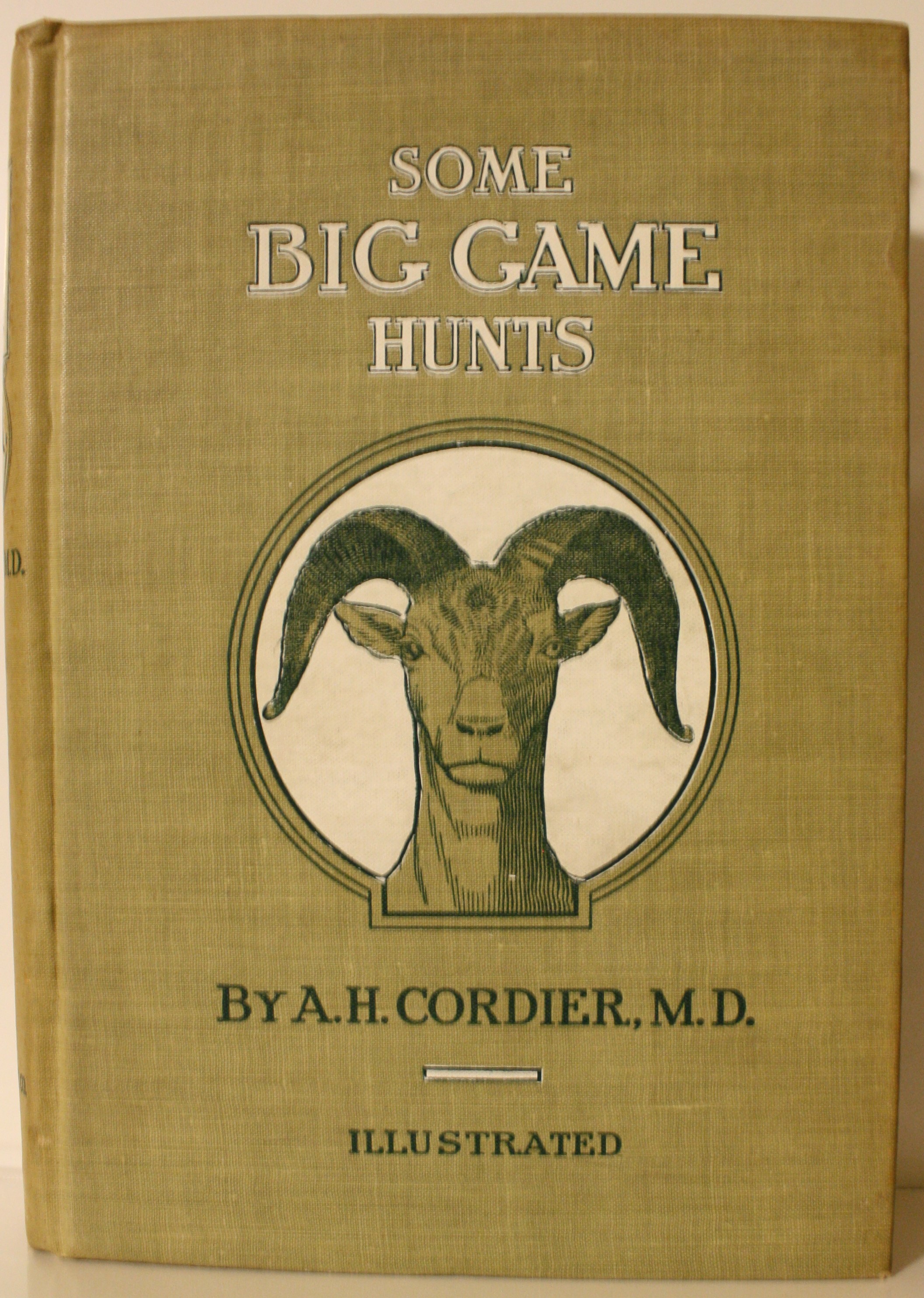 Original pictorial cloth, 317 pages, frontis, photos, hinges cracked, cover in much better shape than normally found, 2 small book descriptions attached to front flyleaf. Very difficult to obtain in a nice condition. Numerous big game hunting accounts, elk, moose, bear, sheep, buffalo, etc. Has a chapter on The grand Duke Alexis buffalo hunt with Custer, Cody, Sheridan and others. This is the account of Chalkley M. Beeson who was a scout for the Colorado portion of the hunt. Beeson was playing at a dance in Denver and was talking about seeing lots of buffalo when Custer heard him and an expedition was planned. Beeson having loaned his horse to the hunters stayed with the wagons and Sheridan. They walked to the top of a hill and saw three wounded buffalo headed their way when a crowd of hunters topped the hill from the opposite side and started firing in Sheridan and Beesons' direction. Sheridan hit the ground and Beeson ran to the wagons. "He (Sheridan) was the maddest man I ever saw. There was only one man in the army who could equal him when it came to a certain kind of expletives and that was Custer himself.Alexis got a cussing from Sheridan that day I bet he'll never forget. He didn't spare anybody in the bunch, not even Custer and the Grand Duke and he included all their kin folks direct and collateral. It was a liberal education in profanity to hear him." Beeson goes on to give a very good account of the hunting trip. O'Keefe 578.

Title: Some Big Game Hunts Illustrated From Photographs Made by the Author Unless Otherwise Specified